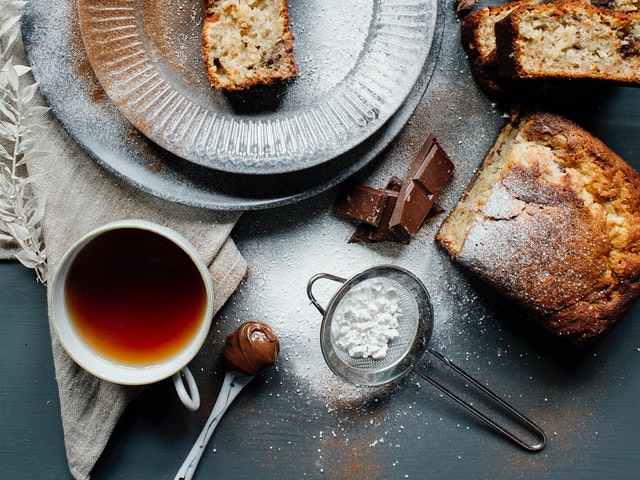 Cream the butter and sugar. Beat in the egg. Add the remaining ingredients. Pour into a loaf pan. Bake for 1 hour or until it tests done. Cool 10 minutes in the pan. Remove from the pan and cool on a rack. Cool completely before slicing.

Note: overripe bananas are best for this recipe. But if you have overripe bananas and you’re not ready to bake, just put them in the freezer. They’ll go black and look funny when you thaw and peel them, but they’ll still make good bread. You can peel them before freezing if you want.

Good quick breads develop a crack on top as they bake. Don’t think you’ve made a mistake if yours does.

FLOUR: In the “old days,” we sifted flour before measuring. Now days, it’s enough to just stir it to fluff it up before measuring. Some recipe books say to “sprinkle” the flour into the measuring cup. “Sprinkle” isn’t really the right word, but what they mean is don’t tamp it down.

BAKING SODA has a shelf life of about six months. Before assembling your ingredients, test yours to make sure it’s still active. Add two tsp. of vinegar to 1/4 tsp. baking soda. It should produce bubbles. If it doesn’t, set the box aside to use as an abrasive to clean your stovetop and sink, and buy a new box. Discard the test material.

BAKING POWDER can also lose its power to leaven over time. It’s best to test it, too, before assembling all your other ingredients. Test baking powder by adding 1 tsp. to 1/3 cup of hot tap water. If you don’t see active bubbling, discard the baking powder and get a new supply.

YEAST: It’s also always a good idea to proof your yeast before you make bread. Combine 1/4 cup lukewarm water (test on your wrist) and ½ tsp. sugar for each 2 1/2 tsp. of room temperature yeast called for in the recipe. (2 1/2 tsps. is the amount of yeast in an individual packet.) Set it aside in a warm place for 10 minutes. It should bubble vigorously. If it doesn’t, you need new yeast.

Almost the only way to ruin a loaf of bread is to kill or inactivate the yeast. Let your yeast come to room temperature before using. Never put yeast in water hotter that lukewarm. Let your bread dough rise in a warm location.

SPICES: It’s a good idea to replace your spices at least once a year. Carola always replaces them before Dia de Muertos in early November so she’s ready for her holiday cooking.

Have your banana bread with a nice cup of tea. Tea has always been important in Anne’s life. Her mother was English (as was mine). She served tea at home. Although Ernesto prefers coffee, Carola and Anne drink tea when they’re together, and Jack prefers it too. They take sugar and milk in it, but will take it plain if that’s what’s available. They agree that tea made in a pot tastes better that tea made with teabags in a cup. Anne’s mom taught her “always take the pot to the kettle, never the kettle to the pot,” because you want the water as close to boiling as possible for black tea, their preferred brew.

Heat freshly drawn cold water—freshly drawn because the more aerated the water is, the better the tea. Heat the teapot with boiling water. Pour that water out. Add the tea leaves (two teaspoons per cup of water) to the pot and pour fresh boiling water to fill. Let brew for three to five minutes. If you’re using loose tea, use a pot with a built in strainer, or pour it through a strainer into the cups. 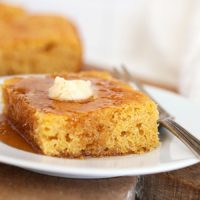 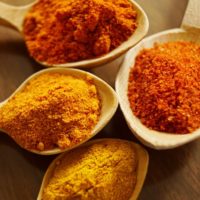 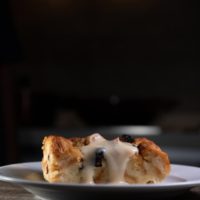 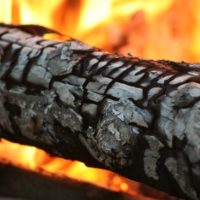 10 months ago
Ask the Author